climate change as a driver for growth

‘Addressing inequalities: building a world which leaves no one behind’ – that was the overarching title at the European Development Days. Every year, the European Commission brings pioneering businesses and individuals together to inspire innovative solutions to global challenges, promoting international health and well-being and supporting sustainable growth. The 13th edition of the EDD focused on climate change and inequalities.

There I was, listening to a panel of speakers – let’s call them experts – on the subject mentioned above. ‘Head’ of this and ‘Chairman’ of that, but the ones who stuck out spoke with passion and a real sense of urgency. They are the ones who actually suffer from this inequality. So without further ado: Olawale Adebiyi from Nigeria and Val Vestil from the Philippines.

As the Chief Operating Officer at Wecyclers, Olawale Adebiyi offers waste collection and recycling services to businesses and families in Lagos, Nigeria. Using a fleet of cargo bikes to pick up materials that would otherwise be landfilled, the company wants to power social change by allowing households to capture value from their waste. 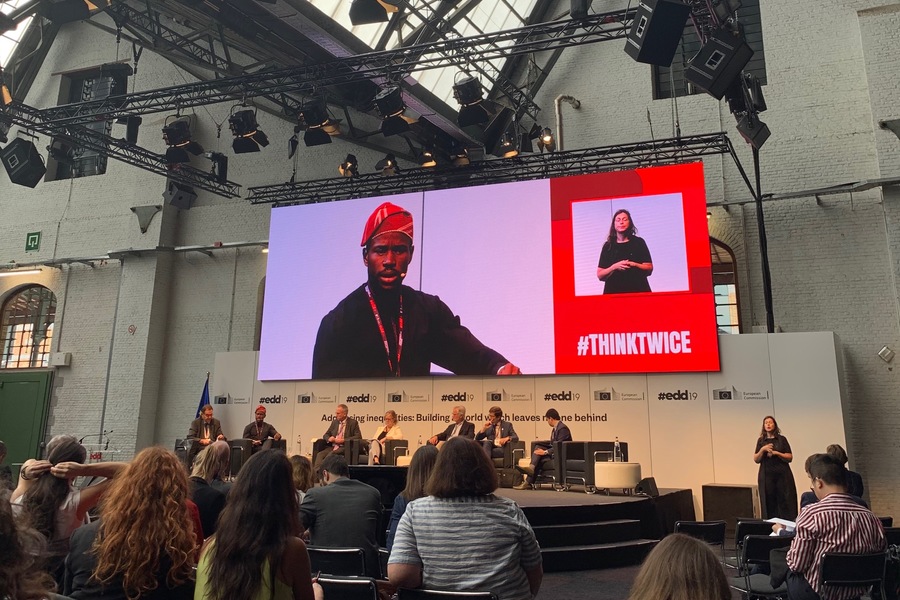 ‘The moment you create the proper incentive, people’s mindsets change and they become the engine for the solution.’

Olawale’s message was loud and clear: fighting poverty can go hand in hand with fighting the plastic crisis. Determine what people need and what it will take for them to change their behaviour. Find attractive incentives and you’ve got a place to start. The locals in Lagos need cash to move out of poverty, so that’s exactly what Wecyclers gives them. They’ve successfully established a fair and equitable work environment while dealing with plastic pollution. After hearing Olawale speak, I think the whole room was feeling hopeful and, in my opinion, rightfully so.

a matter of human survival

Val Vestil, a young leader from the Philippines, has seen his country suffer from the consequences of climate change too many times not to care. It’s not only affecting the most vulnerable, but also amplifying and even multiplying inequalities. Homes and lives are lost during extreme weather events, but that’s just the tip of the iceberg. Problems such as lack of access to clean water and food, higher exposure to health risks and school interruptions also arise. 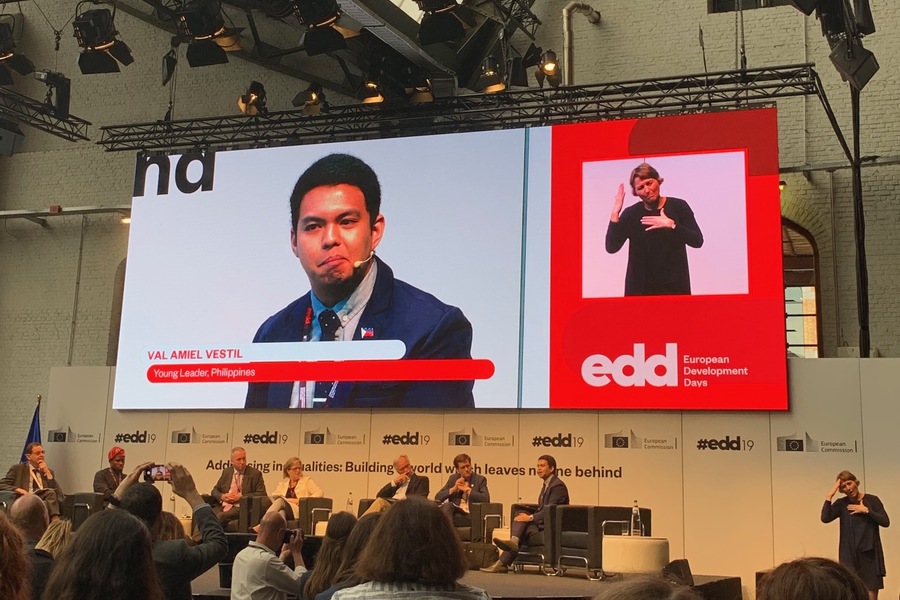 ‘The least wealthy countries like the Philippines are the most vulnerable, but the wealthiest countries are the most responsible for climate change. If that doesn’t spell inequality, I don’t know what will.’

Val urges governments to take their responsibility in tackling these problems. Time for debate and discussions is long overdue. In the end climate change is about human survival, and human survival should never be a subject of debate.

Although some are affected more directly than others, climate change involves all of us. There’s a massive disconnect with the actual problem when it is only being discussed by those in the top of society. Reaching the climate goals the world set itself in Paris will not be possible without a multilateral approach. A top-down framework doesn’t encourage people to be part of the solution. Rather, think of a bottom-up approach. Engage people at the bottom of the pyramid by offering them solutions that are beneficial and sustainable for them as well.

the role of the media

We have to step up our game. Raising awareness is one thing, but it’s another to get everyone on board. We’re currently on a path where crisis intervention and reporting are central. However, trying to fix things and communicate after the situation has evolved is just not enough. Focusing on prevention is the only way forward and media has a big role to play in this. Environmental subjects suffer from an extreme lack of coverage, because currently it’s just not on the press’ list of priorities. Media coverage has the power to increase knowledge and perception of climate change and influence public policies. As history shows, policy makers (tend to) respond to public concerns, so once these concerns are highlighted by the media, the rest will follow.

In a perfect world, there is no poverty and climate change isn’t a concern. But we’re not there yet. For now, it’s about finding solutions that allow everyone to participate, preferably while fighting the environmental and climate issues we’re facing. Climate change needs to be a driver for growth and innovation, and it can be. As EDD points out: ‘Economic growth and the green transition are not contradictory – with the right incentives they can enhance each other.’